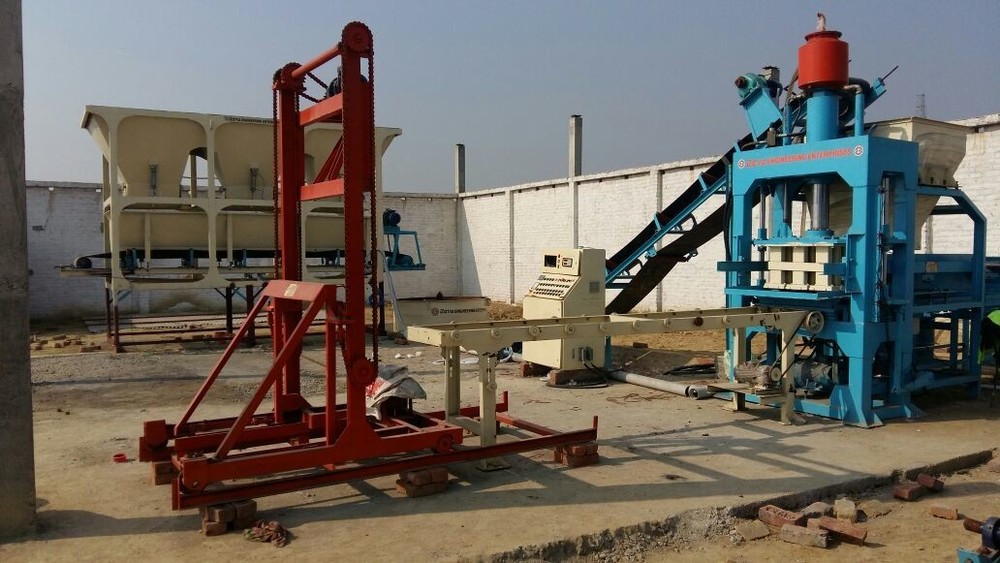 Bricks making companies and construction company can own our Cement Brick Machine for continuously producing cement bricks for the construction projects and selling purpose. Large scale production rate and long service interval are the key features of this machine. Solid and perforated bricks can be produced in different sizes. The production process starts with mixing the raw material in the mixing pan until a uniform blend is achieved. The uniform mix is filled in moulds. No gaps in the mix is ensured by vibrating process, which is followed by compacting in which the mix is compressed at high pressure. Strong bricks are formed in the process, which are then cured and dried. When the bricks are cooled down after the firing process, these are ready to be packaged and shipped to job site. By employing cement brick machine in your factory, customers can produce bricks in less time, while saving energy cost.
AUTOMATIC CEMENT BRICK MACHINE

This is used to load / unload the material present in the pan mixer. It is operated using a three horse-power motor that has a starter and a gear box.

It is operated by 0.5 HP geared motor and has length of about 12 feet.

It is beneficial in lifting the pallets with bricks. Its operation is done via one 2HP motor, which is boosted with the presence of Mitsubishi PLC and a variable frequency drive.

It has hopper and pan type color mixer, which is suitable for pavers